What is Camera Obscura? 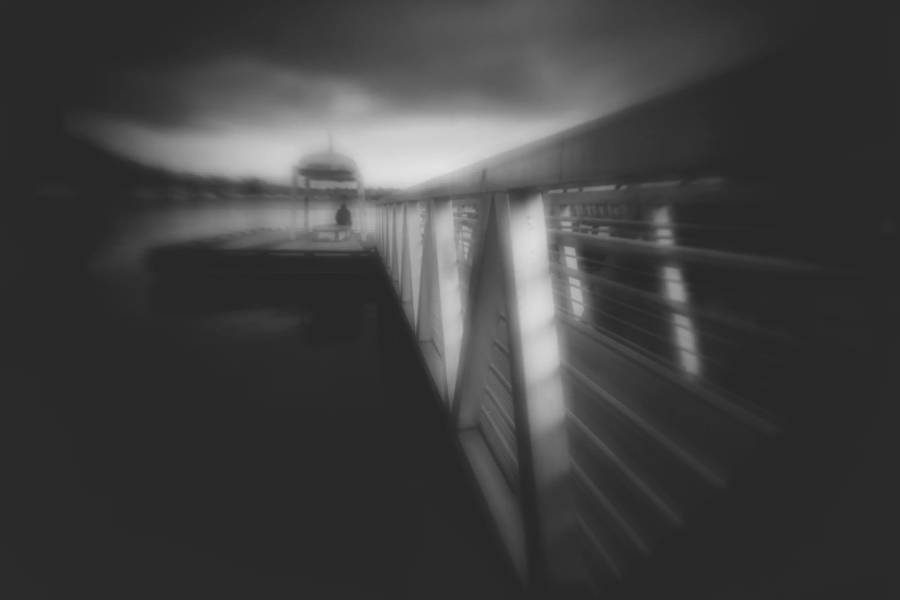 In honor of Lensbaby's new Camera Obscura lens, our expert photographer Jen Strongin is taking us on a journey back in time to explore the origins of photography. Dating all the way back to the 4th century BCE, this experience is the earliest image projection technique known to the industry. Read on to learn more about how camera obscura has been used through the centuries and how Lensbaby is taking us back to the roots of photography with this extraordinary new camera lens.

You can’t talk about the history of photography without talking about the Camera Obscura. The first known recorded mention of a camera obscura was from 400 BC! By 1000 AD, scientists used the camera obscura as a tool for things like teaching optics or safely viewing solar eclipses. Then, in 1500, Leonardo Da Vinci made over 200 drawings of camera obscuras and put this tool to use for studying perspective projecting images to trace for more accuracy in his drawing and painting. Other artists followed suit as this once scientific instrument shifted towards artistic applications. 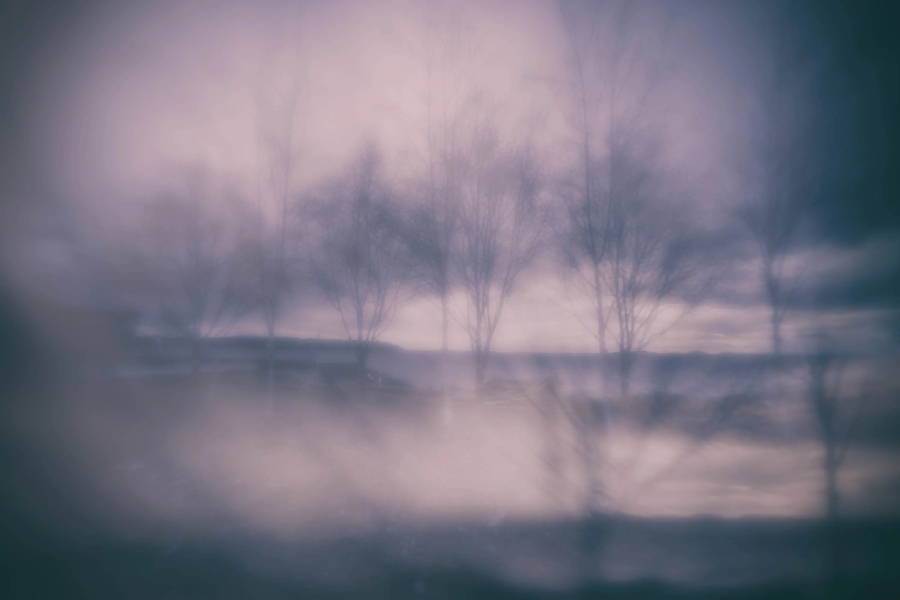 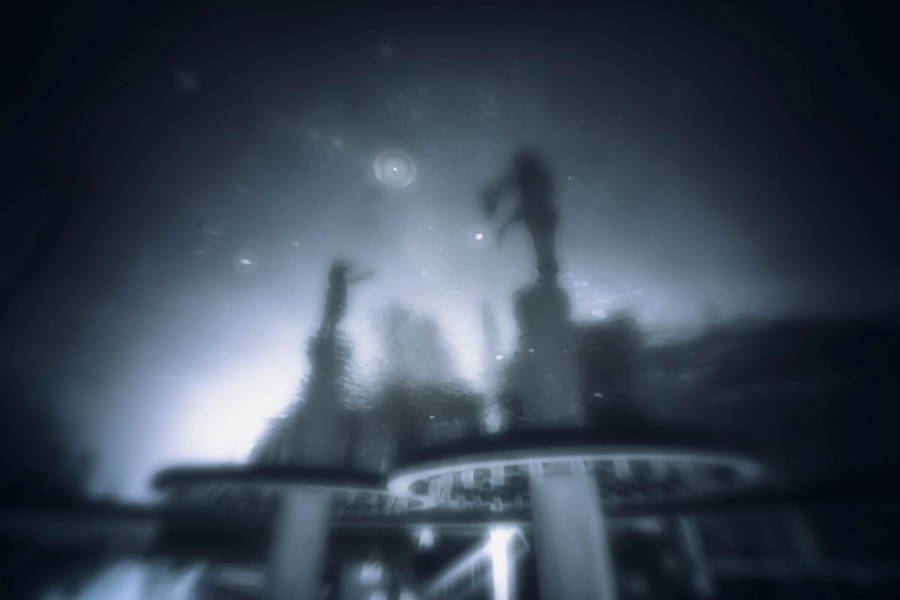 I know, I have been referring to the camera obscura by name, but this name was not given to this tool until 1604 by the German astronomer Johannes Kepler. Camera obscura has its roots in Latin, and its literal translation is “darkroom.” You can make a simple camera obscura by creating a small hole in a box and letting the light through that tiny hole. This is THE original pinhole camera. Inside your darkened chamber, an image of the outside world will appear, upside down, like magic.

Early camera obscuras were large and stationary, but over time, creatives found ways to make smaller and smaller ones until they were portable and could be taken anywhere. During the Victorian era, camera obscura rooms were all the rage, like VR of its day. Large structures were built in touristed areas, where visitors could go inside the camera obscura to watch moving images of the outside world, inverted and reversed, projected on the interior walls. Sound amazing? It was and still is! Check out this article at Atlas Obscura about 7 Cameras Obscura that you can go and experience in person today:https://www.atlasobscura.com/lists/camera-obscura-places

Eventually, creative humans figured out how to the right these upside-down images and project them onto paper that would capture them more permanently. It is believed that the first known photograph to survive was taken in 1827 by Frenchman Joseph Niepce with a camera obscura. 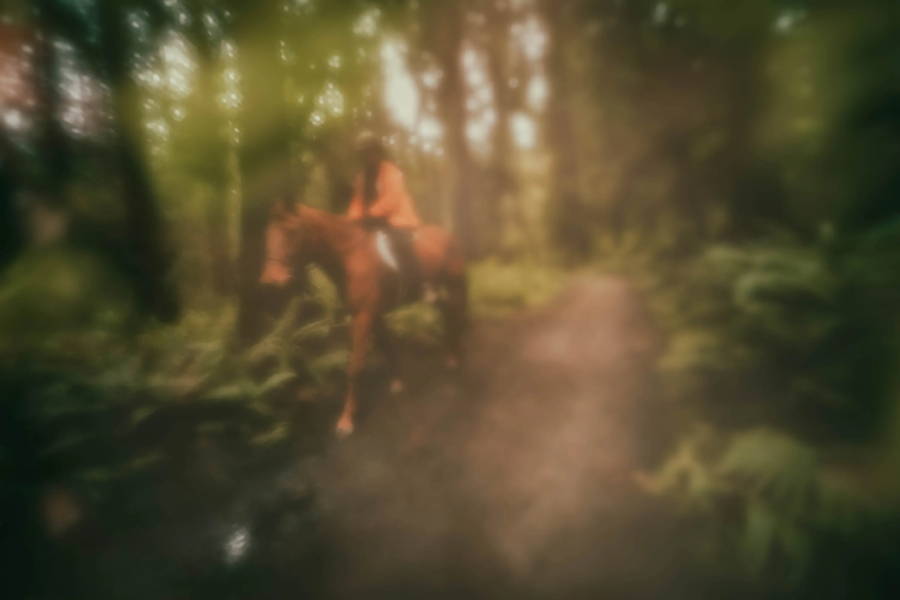 What a journey! As someone who constantly thinks about the intersections of art and science, I especially love that this science instrument morphed into a tool for artists.

The Lensbaby Obscura takes us back to the roots of photography. It breaks down what we know and rebuilds it in a completely different way. With its three settings, the Obscura lens allows the photographer to make images in 3 different ways. The Zone Plate setting has a small pinhole surrounded by radiating rings that let in light. This is my favorite Obscura setting. I love the soft glow it gives images, and the flare and artifacts are spectacular. Artifacts that look like tiny hotplates or Saturns, created by light reflecting off of objects in your photograph, result from the shape of the openings that let in the light. 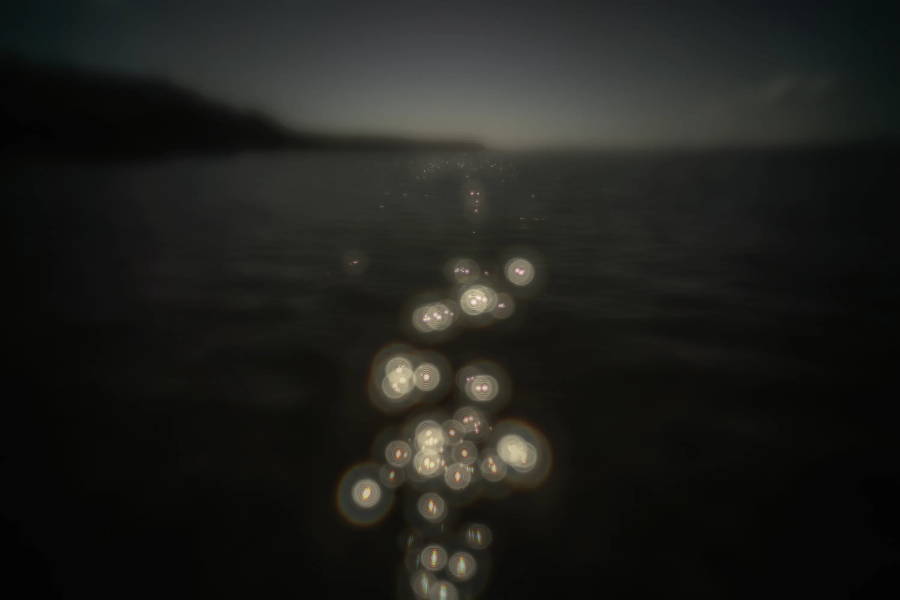 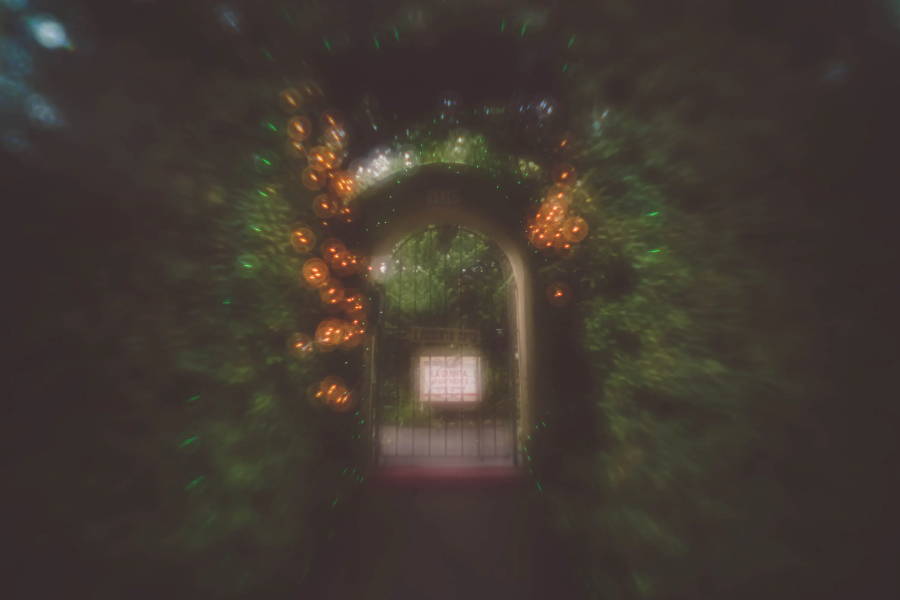 The Pinhole Sieve has a larger pinhole opening surrounded by a field of smaller pinholes. I always think of this as the “Swiss Cheese” setting.
You get a little more detail in your photograph and a less intense glow, along with unique, starry-shaped artifacts created when light reflects off of objects in your photo.

"You can make a simple camera obscura by creating a small hole in a box and letting the light through that tiny hole. "

The pinhole is the traditional, single-hole opening, just like DaVinci and Kepler used back in the day. This setting gives you the most detail in your image and a magical, vintage rendering of your subjects. 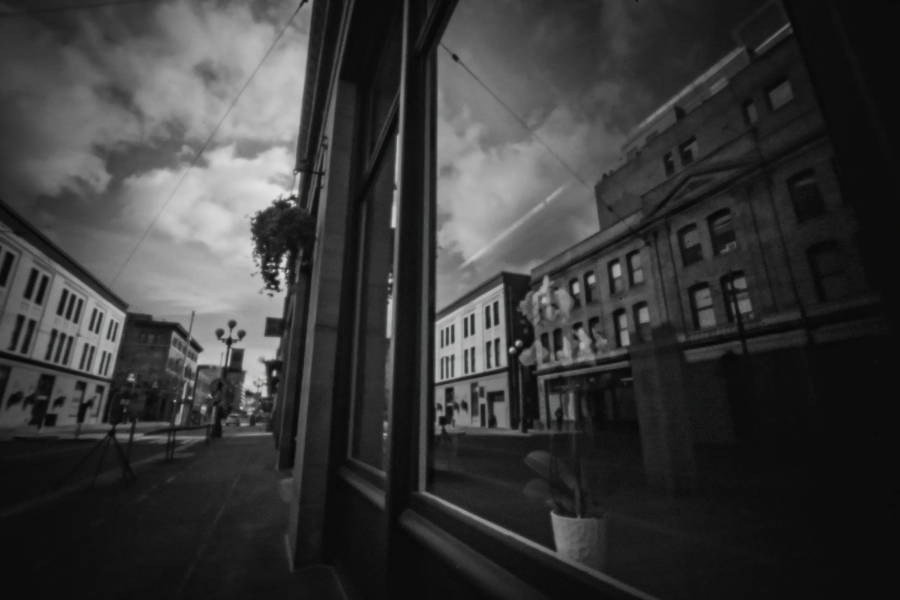 Each setting has a unique, creative effect, and they are all so much fun to experiment with. 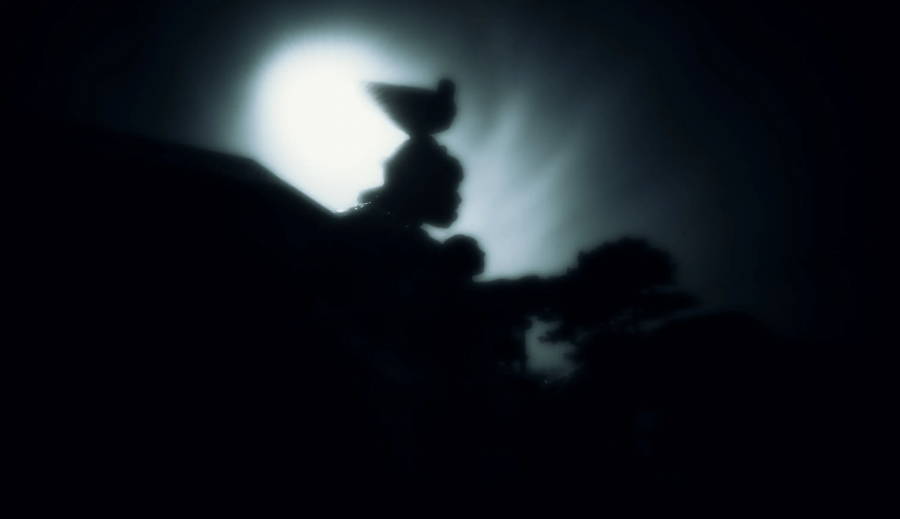 The LB Obscura camera lens is your very own, very portable magic box that combines art and science to give you a whole new way to make amazing images. I can’t wait to see what magic YOU create.

Learn how the Obscura challenged Jen to step out of her
⬇️ creative comfort zone! ⬇️

Jen Strongin is a professional Naturalist, Educator and Photographer living in Seattle, WA on the edge of the Salish Sea.   She is happiest walking slowly through the forest or the intertidal zone, camera in hand, observing the wonderous details of nature, large and small. Her work invokes a sense of curiosity and wonder, inspiring the viewer to slow down and take the time to observe the magical details of the natural world. Her photographs have been featured by the Seattle Aquarium, MAST Center Aquarium and Salish Magazine. 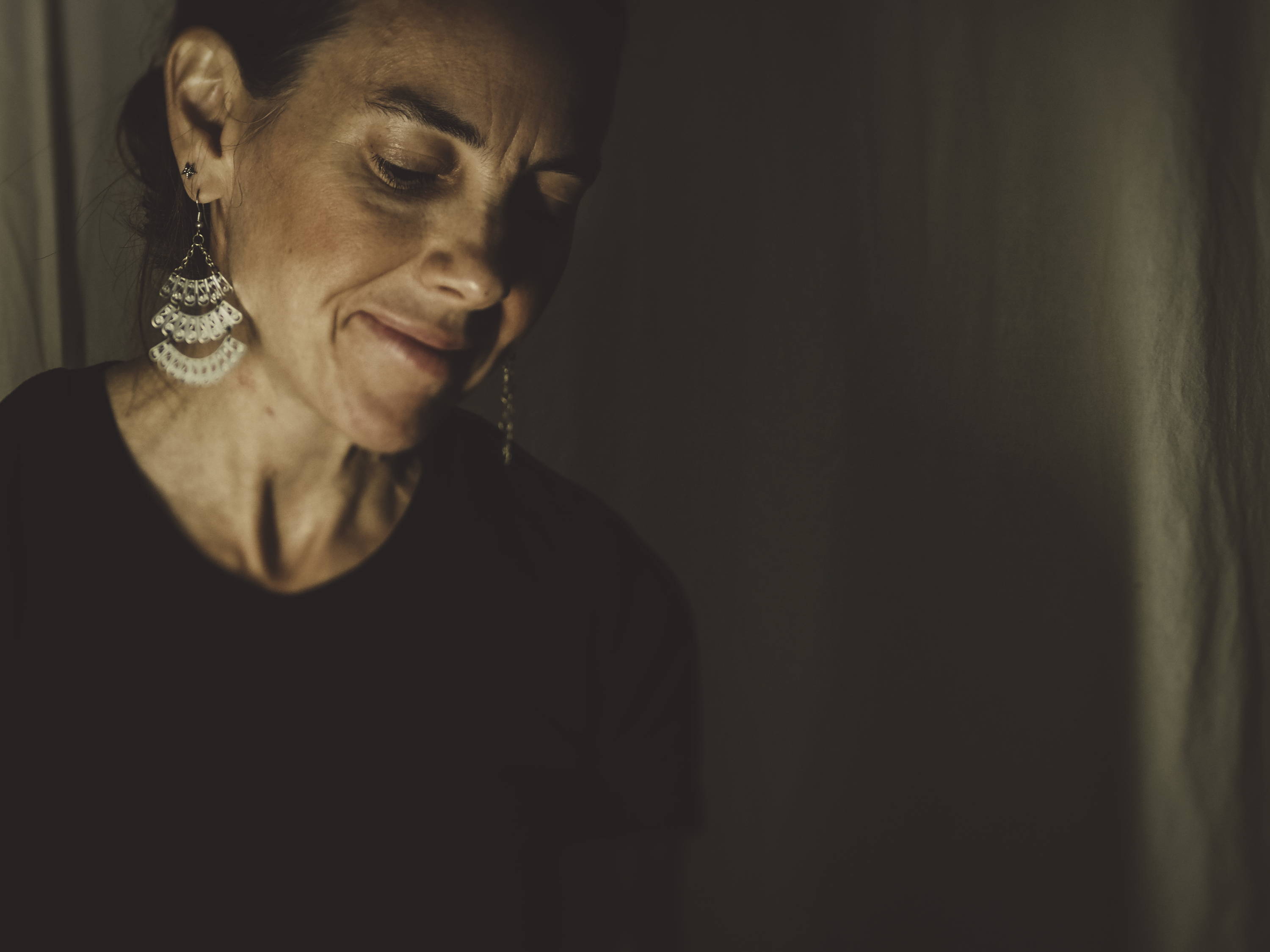