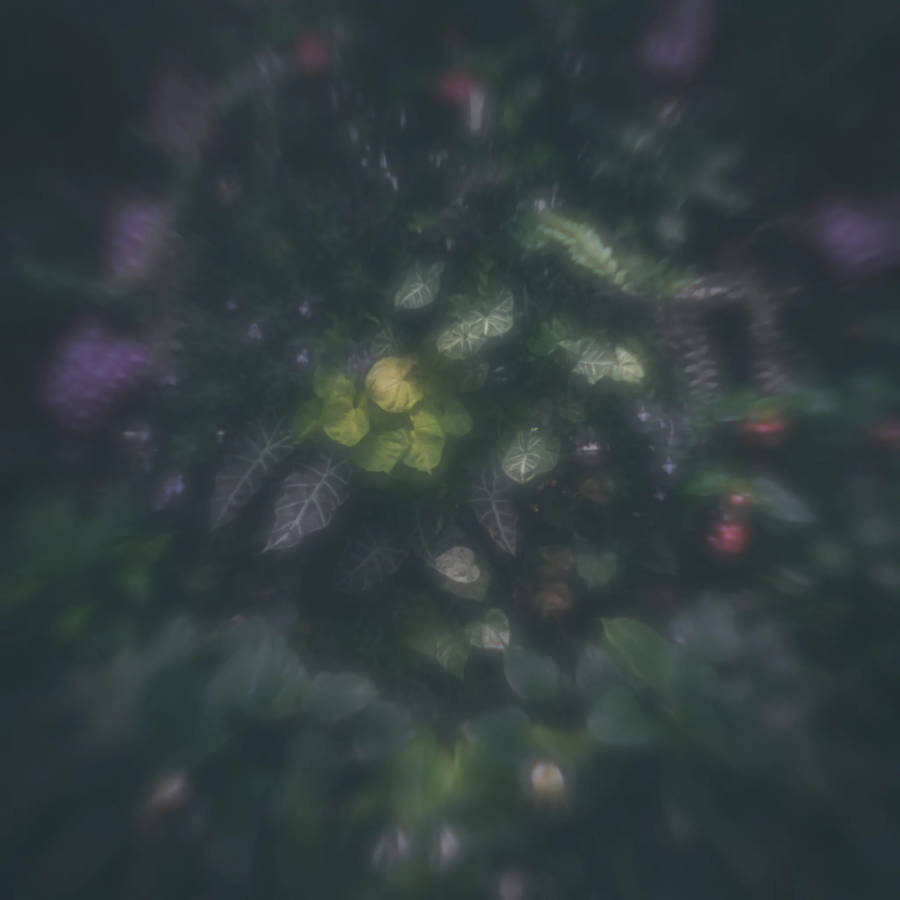 If you're wondering what the new Camera Obscura lens has to offer, professional photographer Charlotte Johnson has you covered. From the history of the Obscura to pinhole photography, Charlotte is answering all of your questions about this revolutionary camera lens. As Lensbaby Co-founder Craig Strong puts it, the Obscura lens will "break photography" for anyone who uses it because it opens new doors for a photographer to rediscover what it means to create photographic art by seeing composition, leading lines, and contrast in ways they may never have before. Read on to learn more about what this lens can do.

Lensbaby has released a new lens! Well, technically, it isn’t a lens. And it doesn’t have a focus ring. And it has just three aperture settings… So what is it, and what does it do? 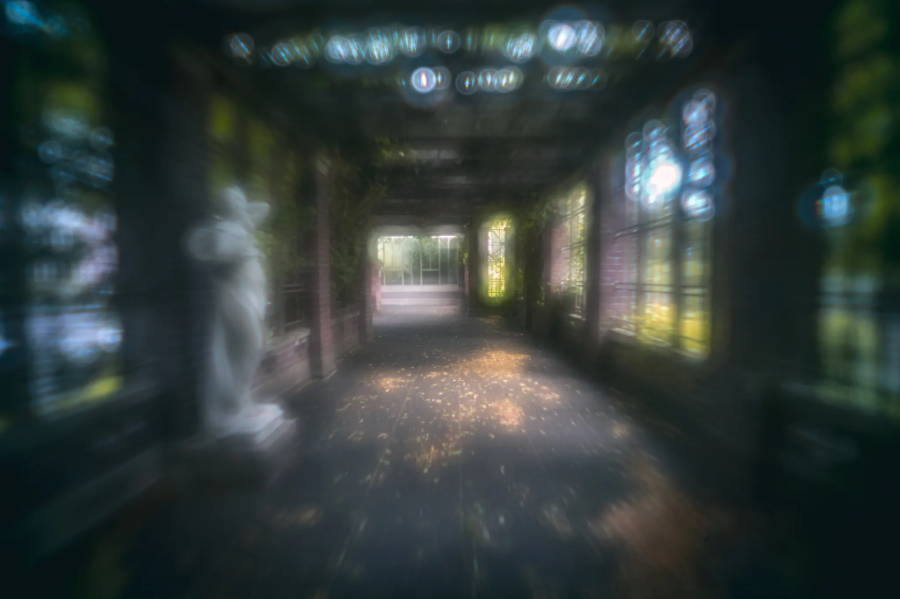 It’s called the Lensbaby Obscura, and it’s inspired by the mechanism behind the very first photographs: pinhole photography. The lens is named afterCamera obscura, which means ‘darkened room’ and refers to light passing through a tiny hole, projecting an image onto a wall. Don’t ask me about the physics of this, but it really works – you can try it yourself by blocking all the light into a room and then creating a single round hole where light can enter (use a washer or similar). The earliest record of the use of a camera obscura is from a Chinese philosopher around 390 BC. After that, the technique was used as a drawing aid, entertainment, and later in the 13th century by astronomers to view the sun safely. However, it wasn’t until centuries later that it was scaled down from a room to a hand-held viewing box. Over time, basic lenses were added to increase the brightness and adjust focus and, in 1825, the first permanent photographic image was made using a pinhole camera.

So how does a pinhole work to create an image? A traditional lens uses glass elements to focus lots of light from multiple directions onto the camera sensor. A tiny pinhole only allows light to enter the camera from one direction, meaning no focussing is needed. This also means the depth of field is huge! Because less light is entering the camera, longer shutter speeds and/or higher ISO settings are needed to get the correct exposure. 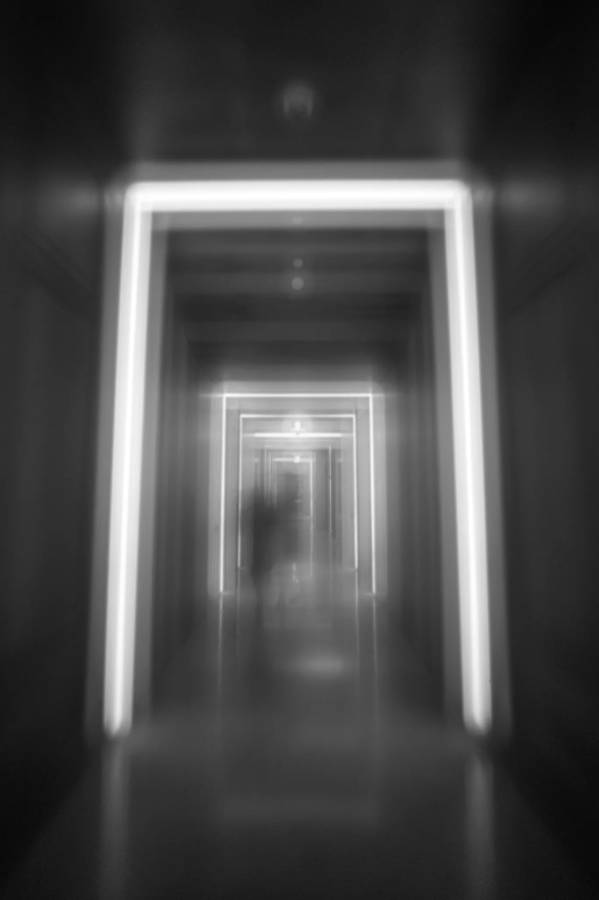 But the Lensbaby Obscura isn’t like those other pinhole ‘lenses’ you may have seen. Technically, it doesn’t have a hole, as the imaging elements are made of multiple delicate layers of chrome deposited on glass. This means no dust, etc., getting onto your camera sensor like a regular pinhole lens lets in. You can clean the glass just like normal. It comes in two versions – an optic swap, a 50mm version for DSLR cameras, and a 16mm pancake version for mirrorless cameras. 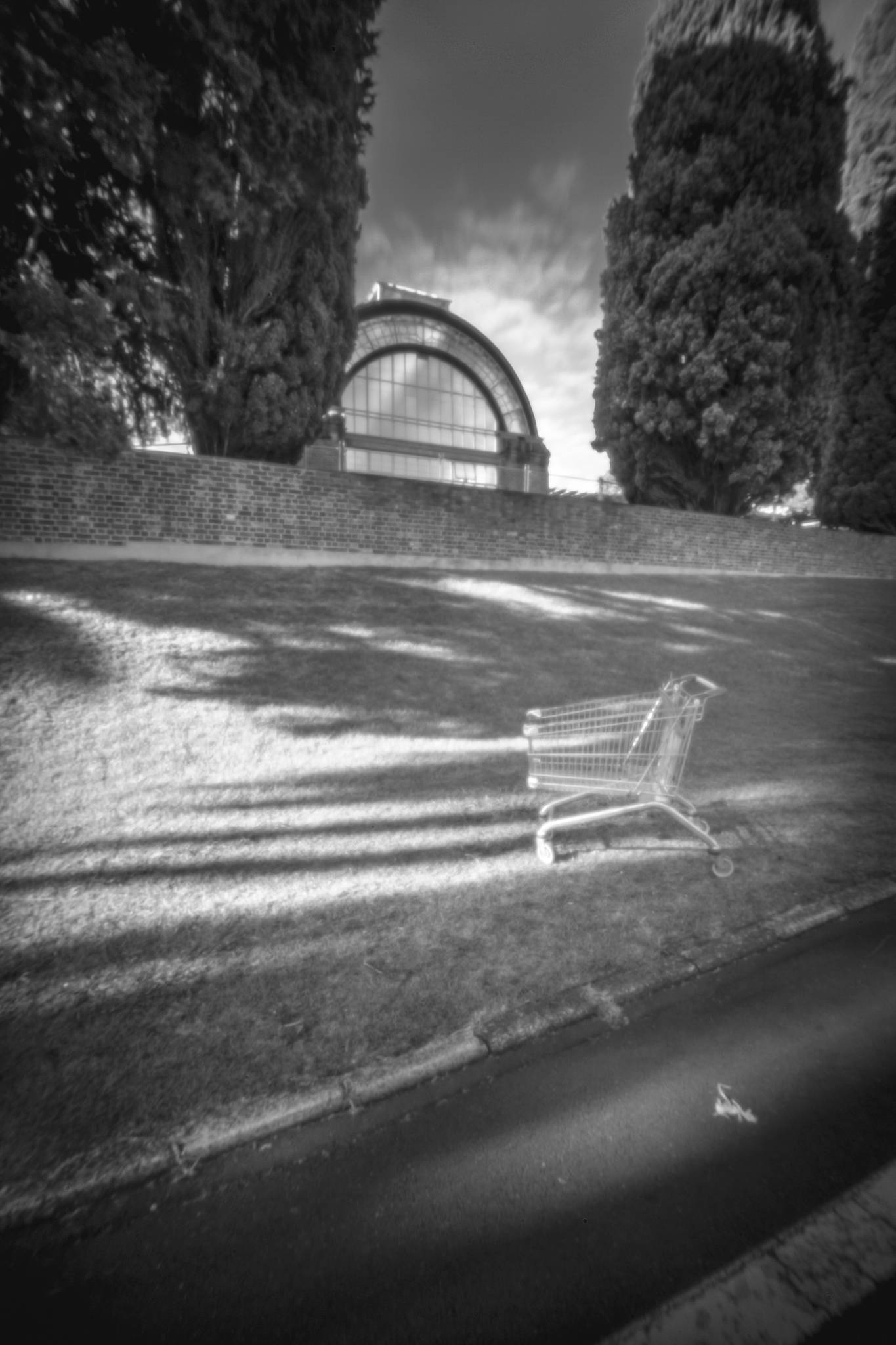 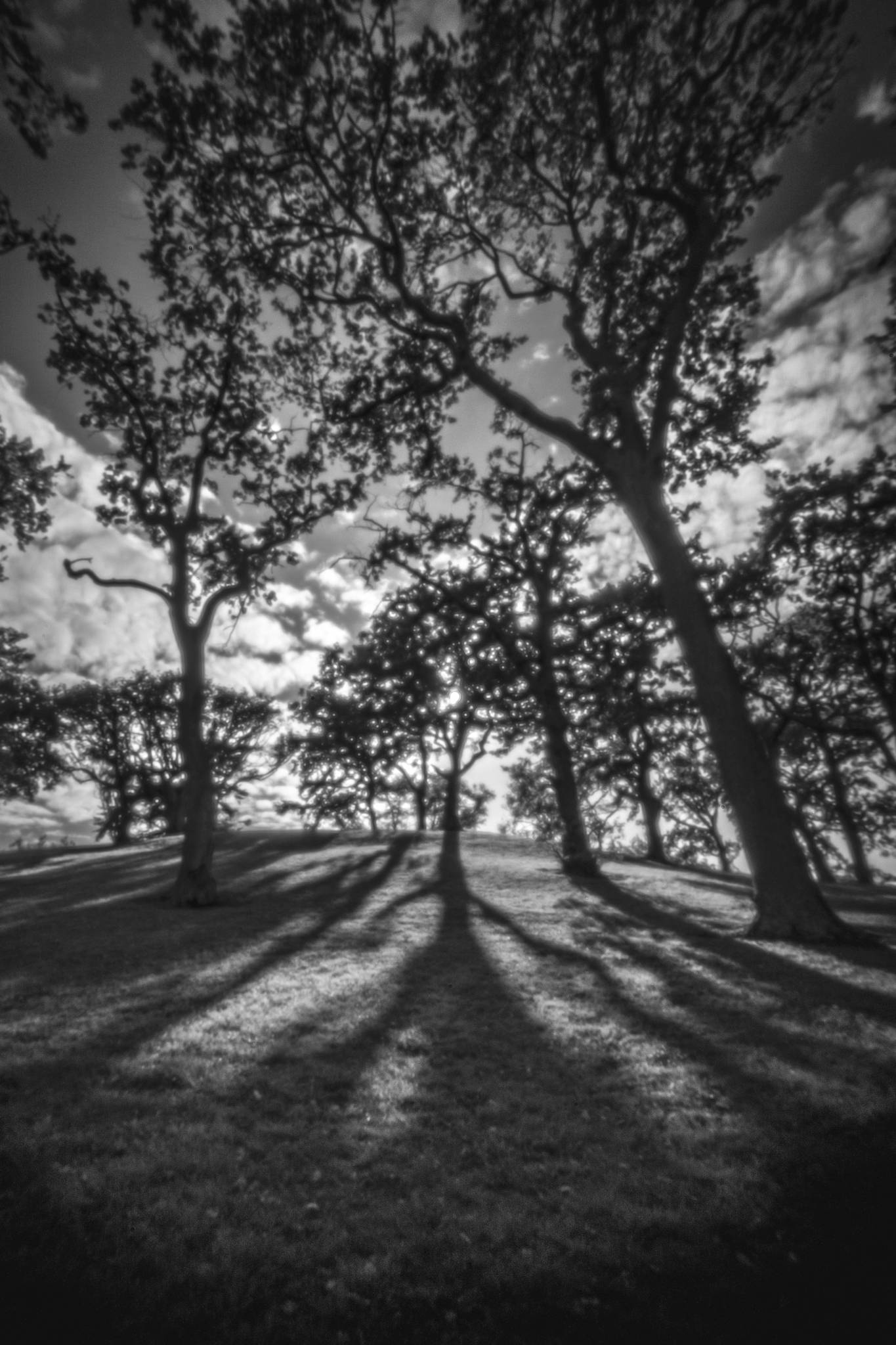 The Obscura has more than just a regular pinhole setting. You have the option of 3 unique apertures, which each give different effects to the image: the pinhole, pinhole sieve, and zone plate. The single pinhole is equivalent to f/90 in the mirrorless version and f/161 in the optic swap version and creates images that strongly resemble film images from pinhole cameras. The vast depth of field means everything throughout the image is in focus, but the images are slightly soft and without sharp detail.

Next, the pinhole sieve is made of a field of pinholes with the largest at the center and is equivalent to f/45 (mirrorless) or f/64 (optic swap). This lets in more light to the sensor but from multiple holes, creating unique artifacts, flare, and glow. Like the pinhole setting, everything is in focus, yet there is comparatively more fine detail (evident when zooming into the image). The zone plate is the equivalent of f/22 (mirrorless) or f/32 (optic swap) and lets the most light into the camera. This aperture is a series of circular rings surrounding a central hole that creates unique artifacts, flare, and glow like the pinhole sieve. Unlike the other settings, the zone plate produces a central area of detailed focus, which fades into blur towards the edge of the image.

Once accustomed to the look each setting makes, it is pretty easy to identify which was used to capture an image. 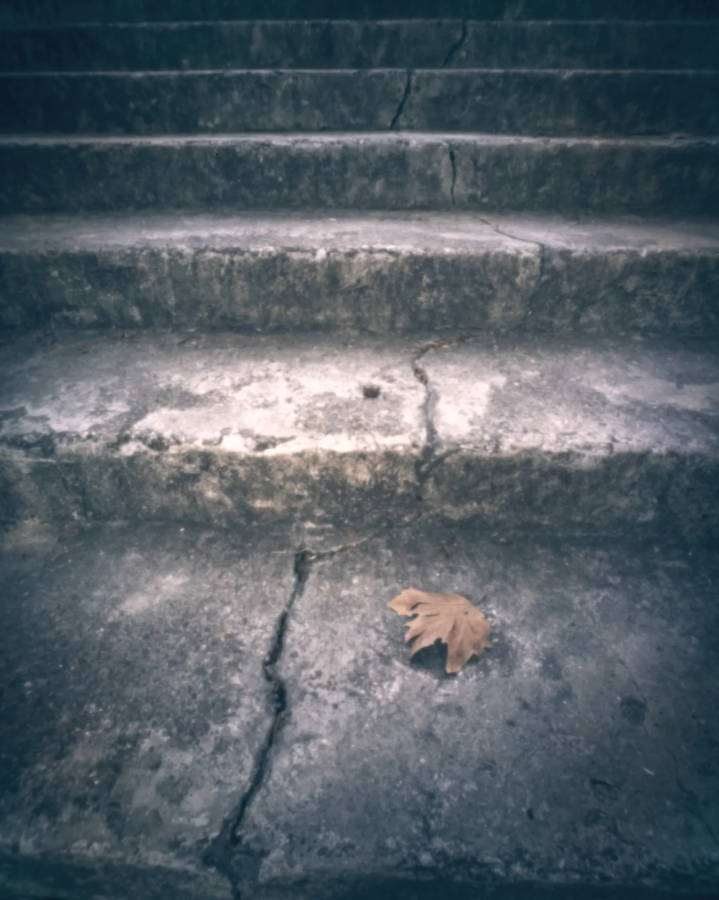 Before you use the Obscura, you will likely need to clean your camera sensor. Using such high f-stops makes dirt visible on your images, showing as dark blobs in lighter areas. You wouldn’t usually see this at smaller f-stops, so you may not have noticed with other lenses. I find a bulb air blower is usually sufficient to remove most of the dirt, but it may need more thorough cleaning if you haven’t had your sensor cleaned in a while. Ensure you have the appropriate tools for cleaning your camera sensor or getting it cleaned at your local camera store.

"The lens is named after Camera obscura, which means ‘darkened room’ and refers to light passing through a tiny hole, projecting an image onto a wall."

The first time I used this lens, I wasn’t in love. I couldn’t change the depth of field, I couldn’t selectively focus, I refused to increase my ISO, so I rigidly stuck to long exposures on a tripod. I felt limited… because I was trying to use it like I use my other lenses and achieve the same ideals as when I’m in my photography comfort zone. It took me a long time to take it out on a second date but, when I did, we clicked. After that, I started using it more freely and experimenting with it. I’ve tried shooting upwards, resting my camera on the ground or a tripod, and the wide-angle coupled with considerable depth of field has given me some exciting results.

I’ve used it hand-held indoors with a high ISO and converted the images to black and white so that the noise resembles film grain. I’ve enjoyed comparing aperture settings and trying to exploit the way this lens captures light. I’ve found that just a few simple post-processing edits can really enhance an image and bring it to life – and I can still create my own ‘look’ to my captures. 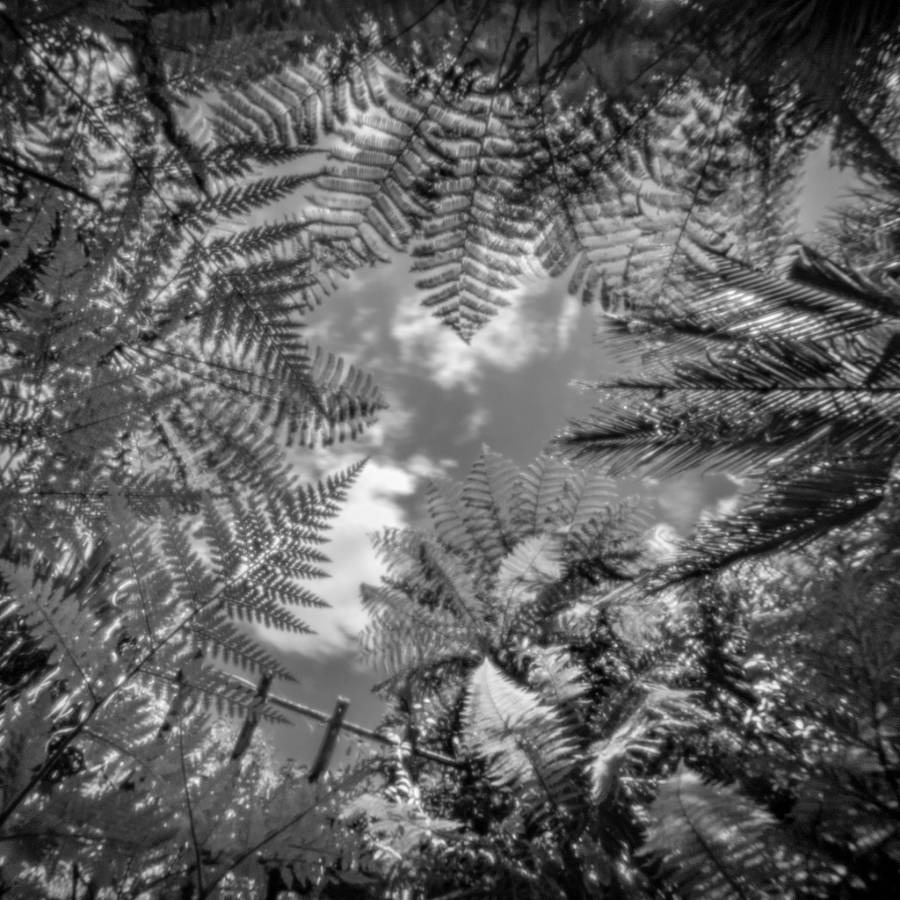 Pinhole photography is typically used to photograph stationary subjects, but you could experiment with many subjects. I’ve captured landscapes, architecture, flowers, street scenes, and the everyday goings-on around me with this lens. At 16mm focal length, very wide-angle, this lens will produce some image distortion that can be used creatively. You probably won’t be using this lens to freeze action shots, but pretty much any other subject matter is worth experimenting with.

As a portrait photographer, I have my go-to lenses and my go-to settings. With less available for me to change on the Obscura, this lens has challenged me to photograph differently than I usually would and embrace elements in my photography that I might typically shun. 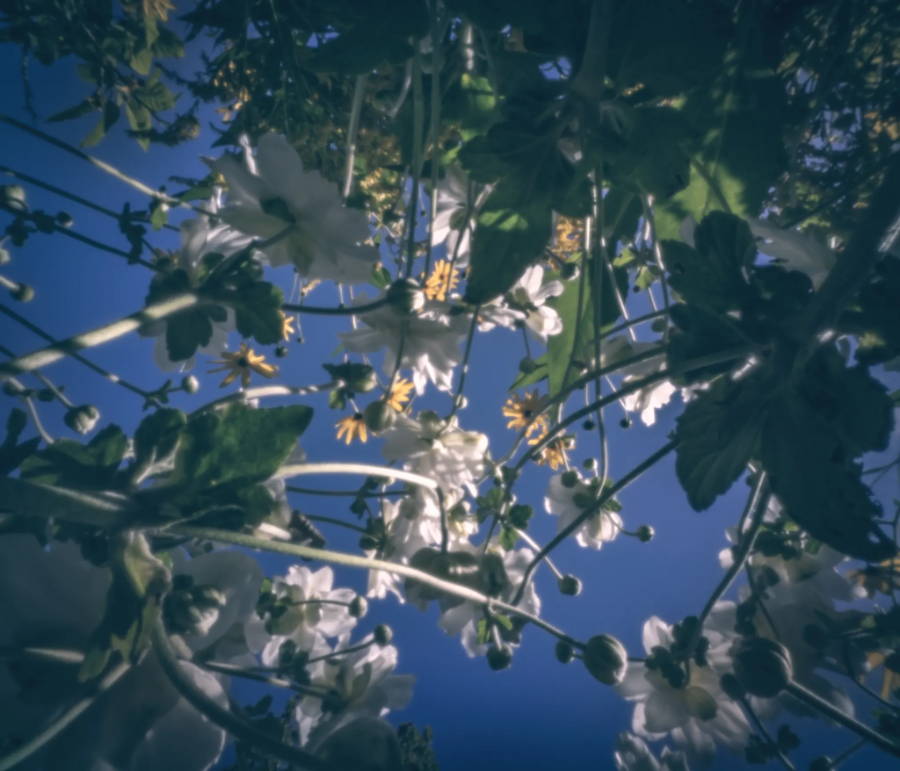 When I volunteered to beta test this lens, Lensbaby’s co-founder, Craig, said it would break photography for us. He wasn’t wrong. Be prepared to drop any notions that your images have to be tack sharp, that your lens has to have a super-wide aperture, that your images mustn’t contain any digital noise.

Forget about fine-tuning multiple settings. Instead, get ready to have your photography ideals broken, pick up the pieces, and put them back together in a different - maybe even a better - way.

Want your shots featured by Lensbaby?⁠⠀
Be bold and shoot extraordinary! Make sure to tag your photos on IG with #Lensbaby, #ShootExtraordinary, and let us know what gear you’re using. 📸 ⁠⠀

Charlotte E. Johnson is a professional photographer & educator in Auckland, New Zealand, specializing in fine art photography and portraiture. She is a Lensbaby Ambassador & an Adobe Certified Expert in Photoshop. 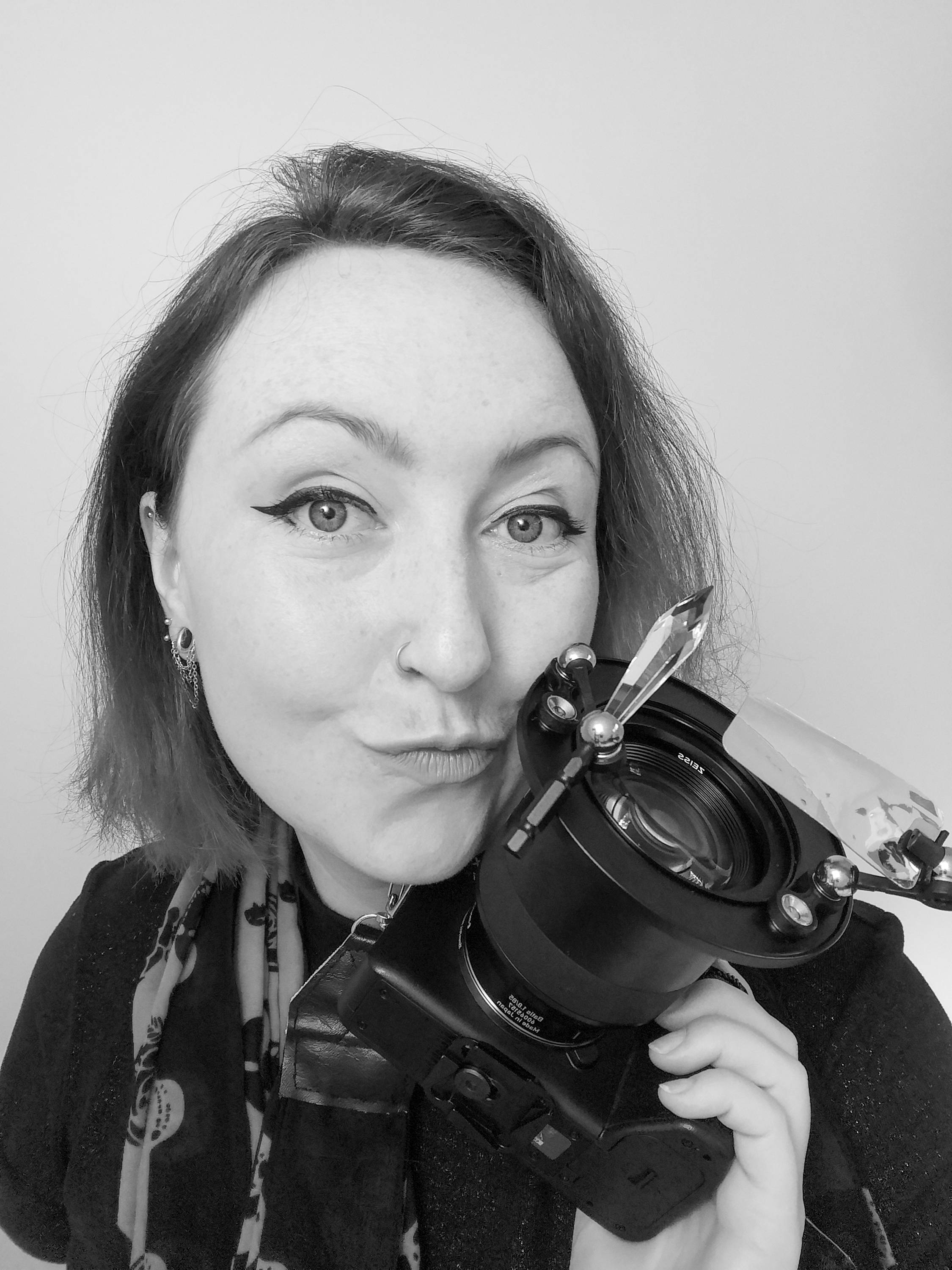