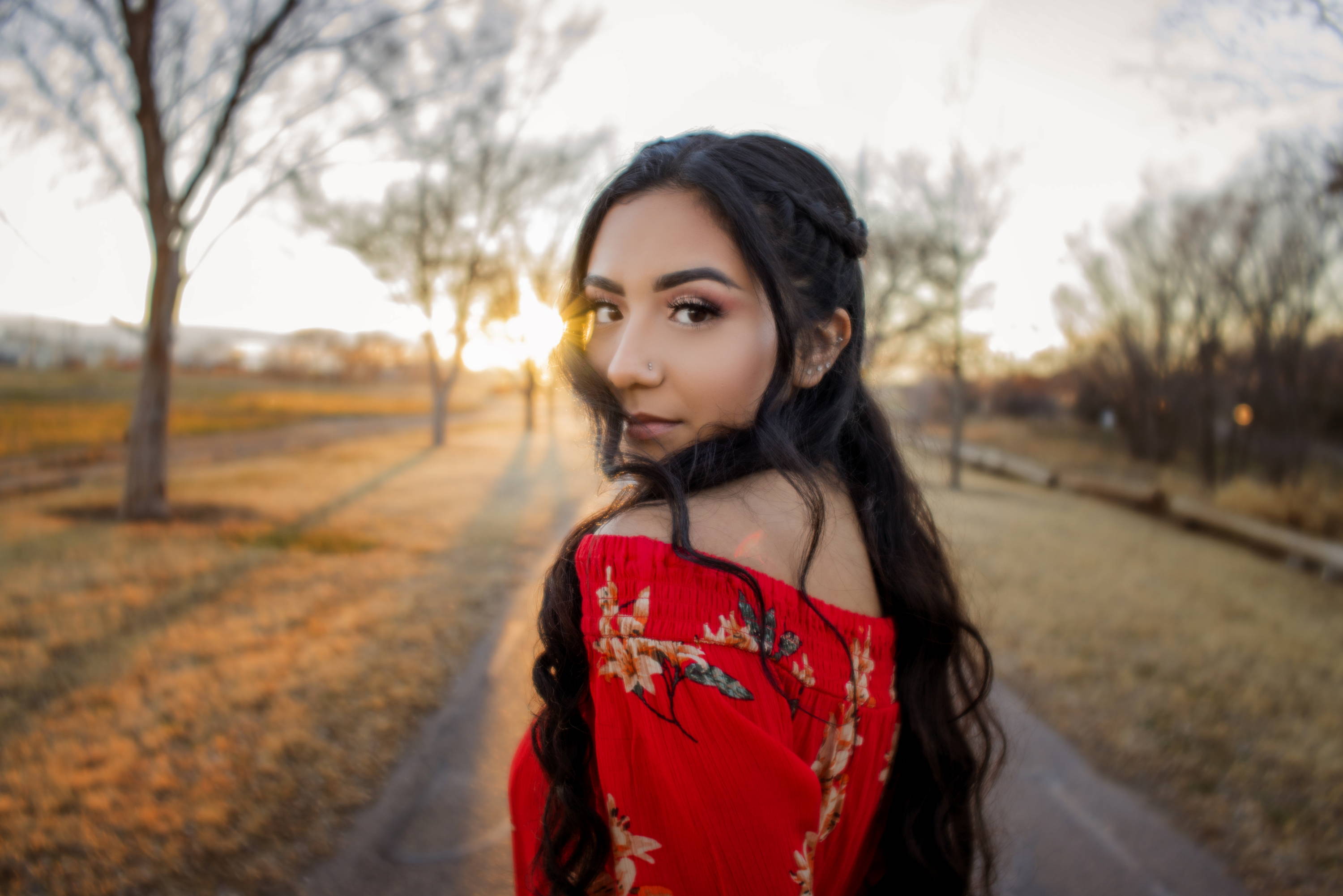 When I received the email that a Velvet 28 was in the works, my mind instantly went back a week when I was trying to document an old house that I was shooting with my Velvet 85. I kept thinking I wish I had a wider Velvet lens and how this house wasn't going to be documented how I wanted it to be because of the limitation of my gear. Yes, I could have shot it with my regular 28 mm lens, but that wasn't giving me the particular look I was going for to emphasize the deterioration and vintage feel of the house.
Fast forward to receiving the Velvet 28 a couple weeks later, I planned several different types of sessions that I want to try this lens out with. The first being a portrait session. My favorite sessions to shoot with the Velvet series are old vintage style or film type photos. With this session, I wanted to test out all the aspects of the Velvet 28, from wide open, to how it looked around F4 - F5.6. As with all Lensbaby effects, I prefer to shoot as wide open as I can to get the most effect. Because this lens does go past the f2.5 option, the most effect is in the + option of the aperture. I did find it difficult to focus at the widest f-stop because of how soft the effect was, so setting my camera to about 2.8 or 4 and focusing, then going back to being wide open helped in finding where I wanted the focus to be while attaining the most effect. 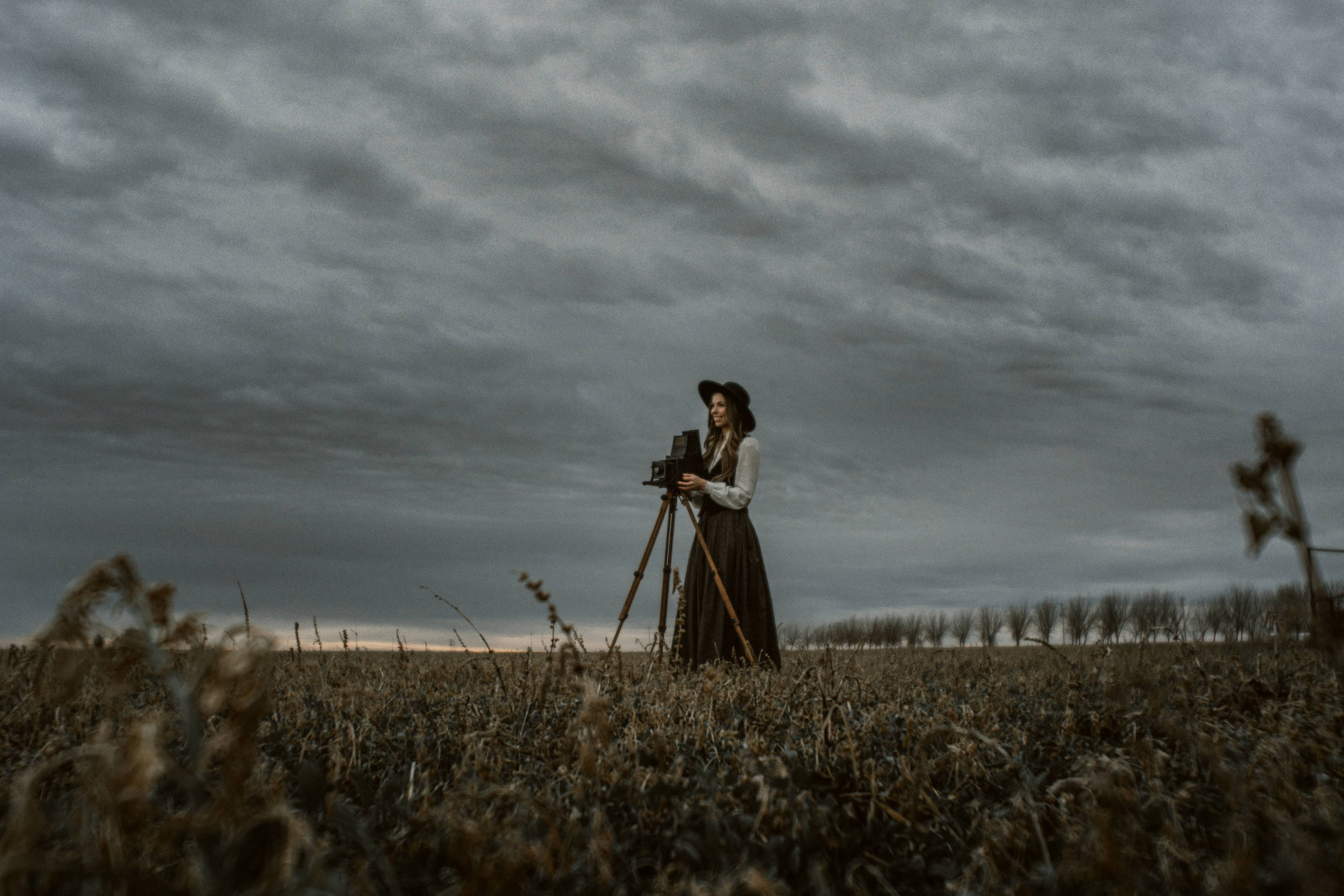 I did find myself, in this session, staying in the f 2.8 - f 4 range while shooting the portraits just to keep the model’s face more in focus but still able to see the Velvet effect in this lens. When planning with this session, I reached out to my friend, Alora, who is a tin-type photographer knowing that the Velvet series works great for replicating a similar style look. I had her dress in a vintage outfit and had her bring out her cameras from the 1800s & early 1900s. From there we found some grungy looking backgrounds with lots of texture to play with the glow of the Velvet 28. Being that I am mostly a longer focal length portrait photographer, it was a little bit difficult shooting with a 28 mm lens, but after working with the Velvet 28, and moving around for the fixed focal length, it worked beautifully for capturing exactly the portraits I had in mind for this session.

My most recent adventure with the Velvet 28 was taking it out for a hike at our local bird walking path. I’m not much of a flower photographer, but my favorite art movement is the Impressionistic Era with Claude Monet and his beautiful paintings of flowers. While walking around looking at all the fields of wildflowers, I couldn’t help but smile when I started snapping photos and seeing this style of art come to life in my camera. The glow from the highlights of the different colors blending together to create a gorgeous painterly photo was exactly the reason I loved that art movement and being able to use Velvet 28 to replicate that style made me so happy to photograph flowers. I also love that there is the capability for macro in the Velvet 28. Because it is such a wide angle lens, I was able to get super close to the flower details for those buttery bokeh shots.

I honestly feel like this lens literally paints a photo for you. It’s a sturdy, strong, well built lens that helps create soft and dreamy photos. I know personally, I shoot mostly longer focal lengths, but there are so many times when I wish I had a wider lens. The Velvet 28 is a wonderful lens that once again, Lensbaby knocked it out of the park with.