SAVE 15% on our entire collection for our July 4th SALE!

SCROLL DOWN TO WATCH THE REPLAYS: 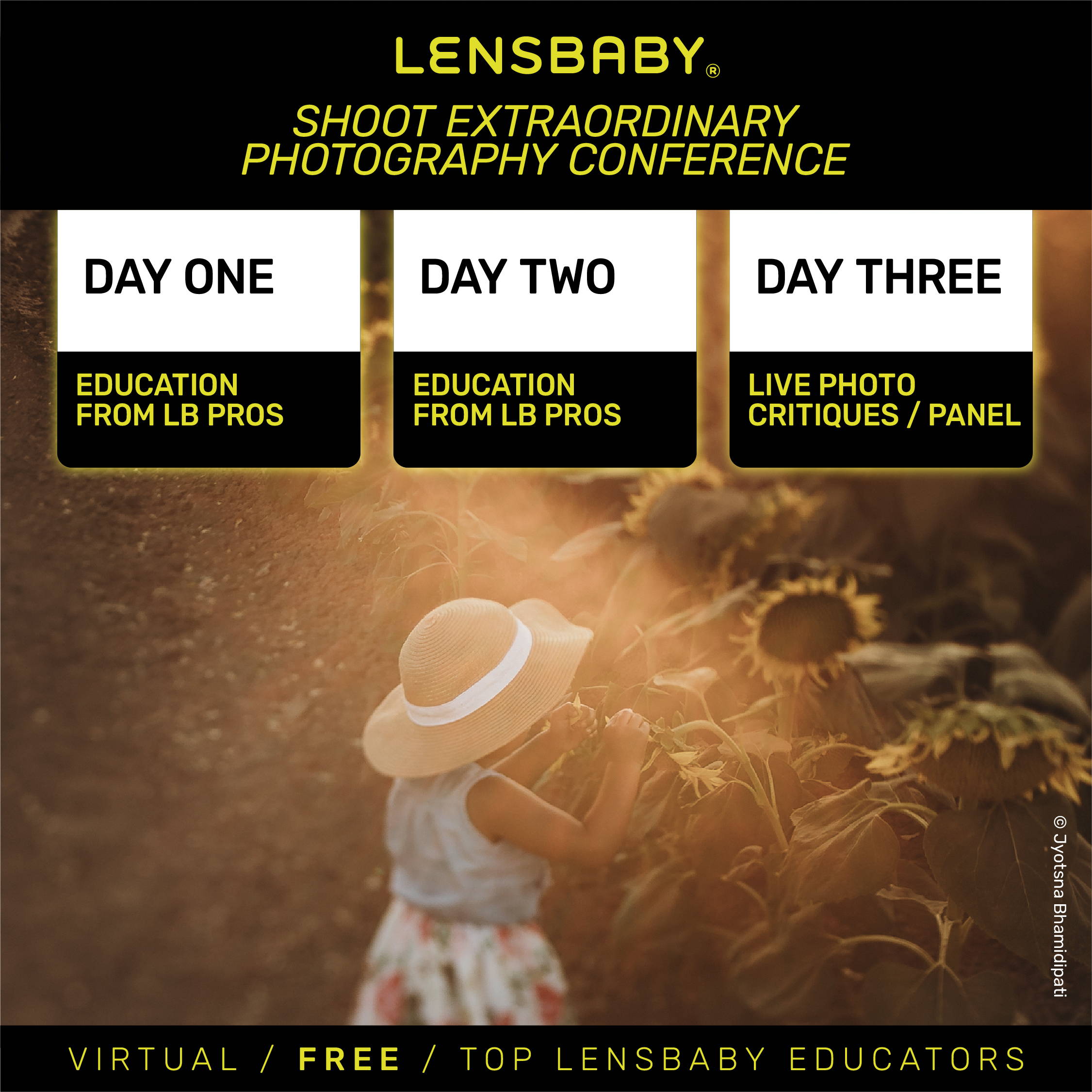 The story behind the Lensbaby story.

The Magic of Toy Photography

Light Inspired - A Deep Dive Into My Creative Process

The story behind the Lensbaby story. 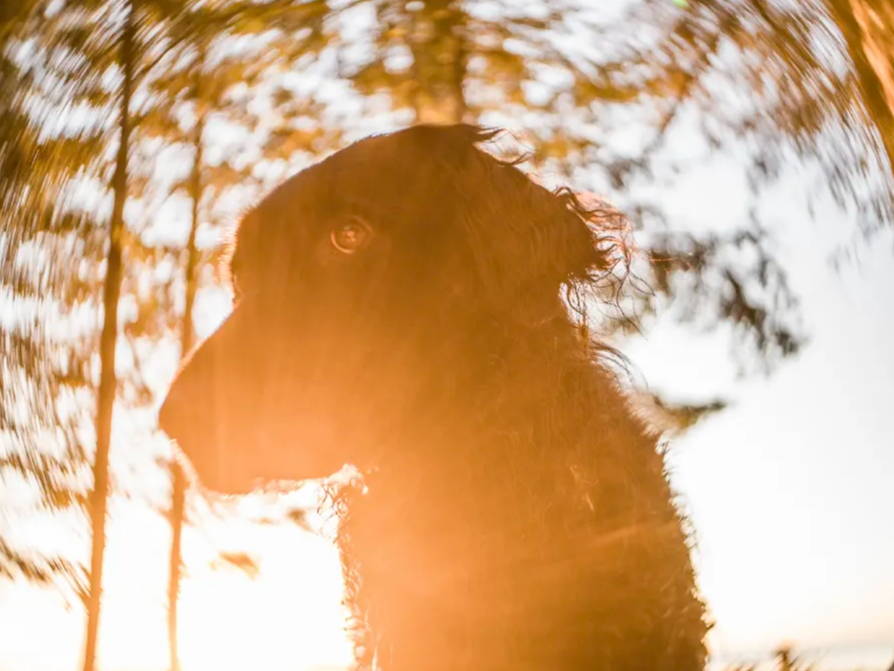 Craig Strong is a photojournalist turned product designer who co-founded Lensbaby, Inc. in 2003. Craig switched from film to digital in 2000 and found the freedom his first DSLR gave him to create unlimited photographs exhilarating. A natural tinkerer who had always explored what's possible, he started putting odd glass in front of his camera and found these lenses often conveyed what he saw better than big manufacturers' lenses could.

Join Dana Leigh as she demonstrates her process of infusing emotion and depth into her portrait photography with Lensbaby optics. In this session, she will use natural light, shadows and mood to create fine art portraits. Dana will show how she engages with her subjects in a way that tells a story while sharing techniques that help incorporate more emotion into her imagery. 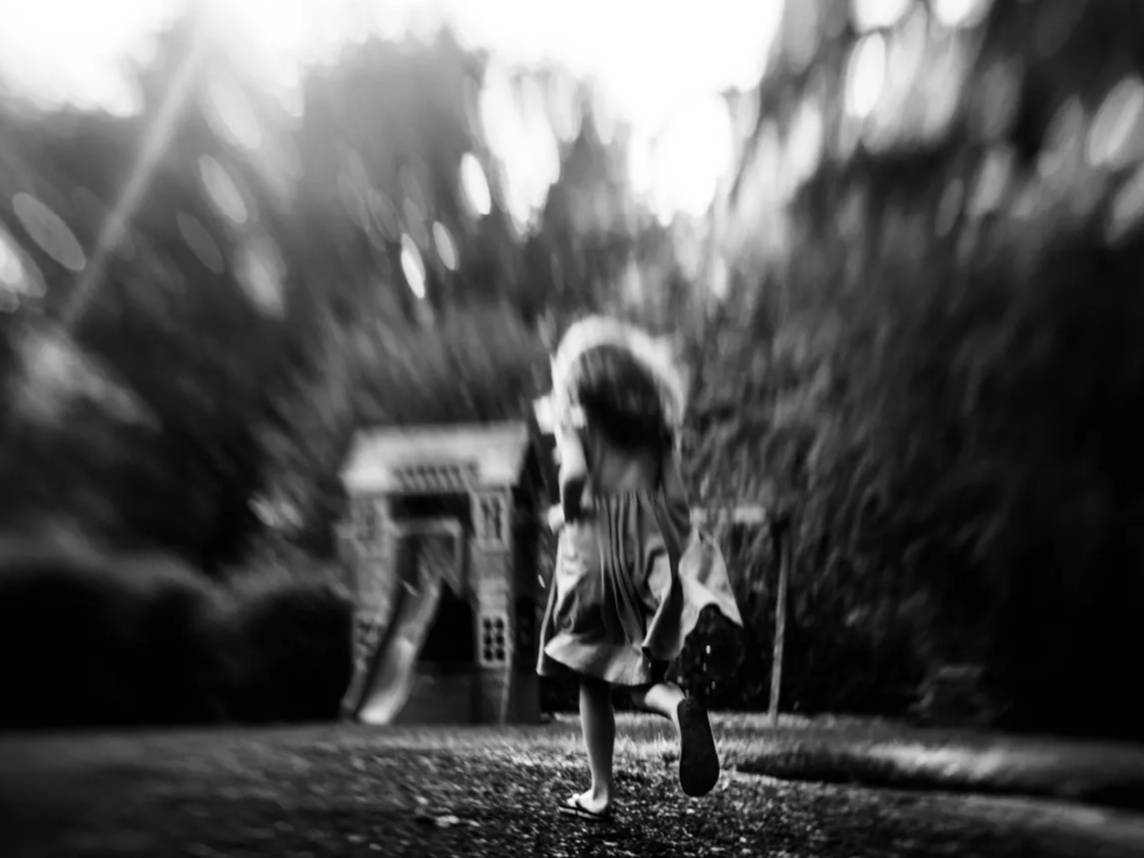 Dana Leigh is an artist from Portland, Oregon that is inspired by emotion and beautiful light. She is a Click Pro Master, writer, photography educator, Lensbaby Ambassador and co-creator of Light Chasers Retreat. A wife and mother of 5 children, she specializes in portrait and fine art photography.

Join professional photographer Anabel DFlux as she divulges all of her secrets for capturing iconic musician portraits with the OMNI filter system, from how to determine which wand to use all the way to teaching you how to pitch out-of-the-box photographs to musicians, record labels, and fans alike." 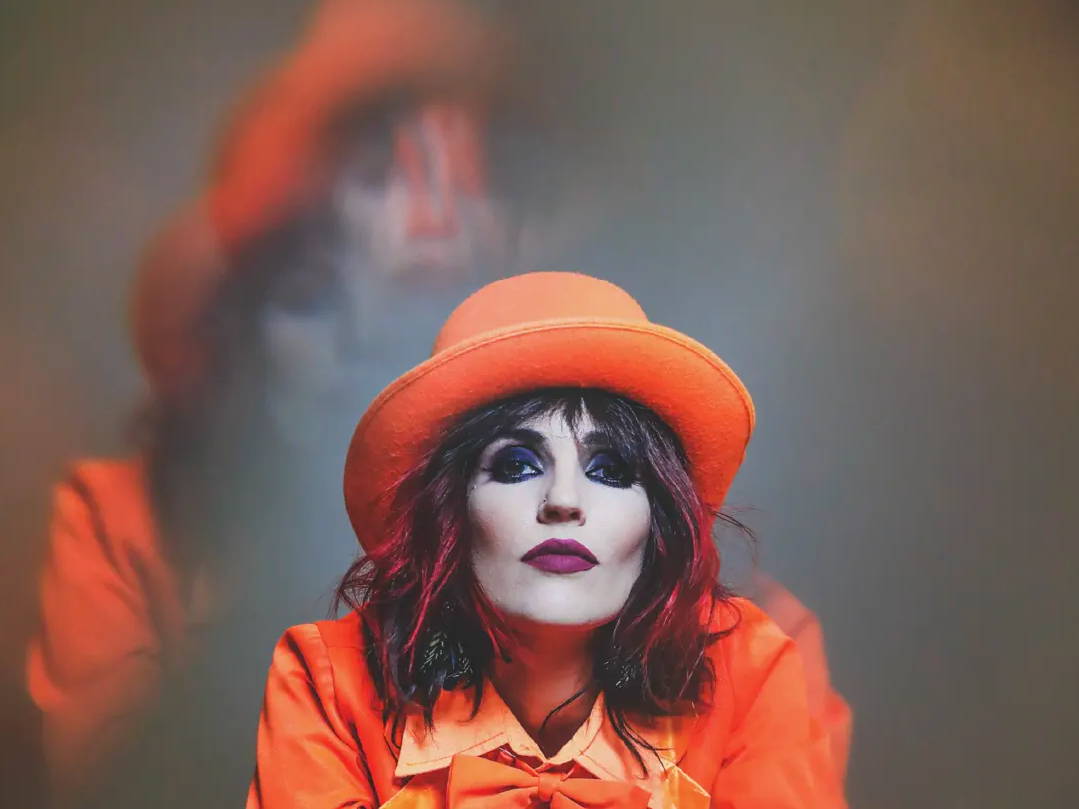 Anabel DFlux is a published photographer in the sunny states of California & Nevada, known for a vast array of photographic work. Art is her passion in life- in 2009 she made her dream a reality by opening up Deliquesce Flux Photography, a service that caters to both local and international clients to fulfill their photography needs.

Join Kathleen Clemons as she shares her journey with the Lensbaby Velvets. You will see why she adores these lenses and the part they play in her photography. Kathleen will also share tips and advice on using all three Velvet Effect lenses. 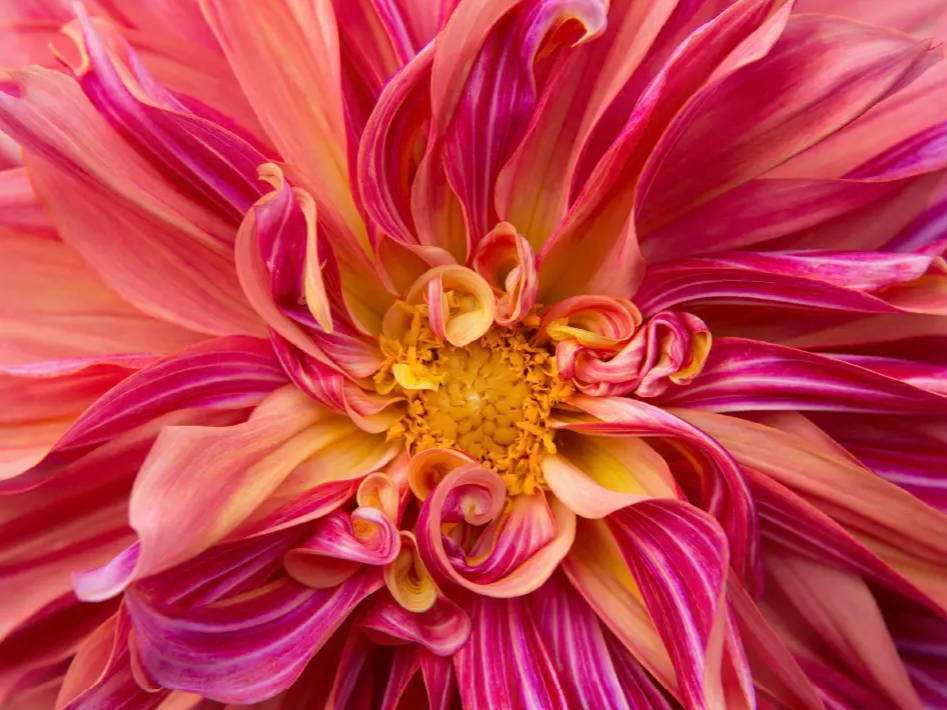 Kathleen Clemons is an award-winning photographer, teacher, speaker, author and workshop leader from the coast of Maine. Primarily a nature photographer who specializes in photographing flowers, Kathleen is known for her creative use of natural light and unique, artistic photographs.

Join thousands of Lensbaby Photographers from around the world for this extraordinary live event! 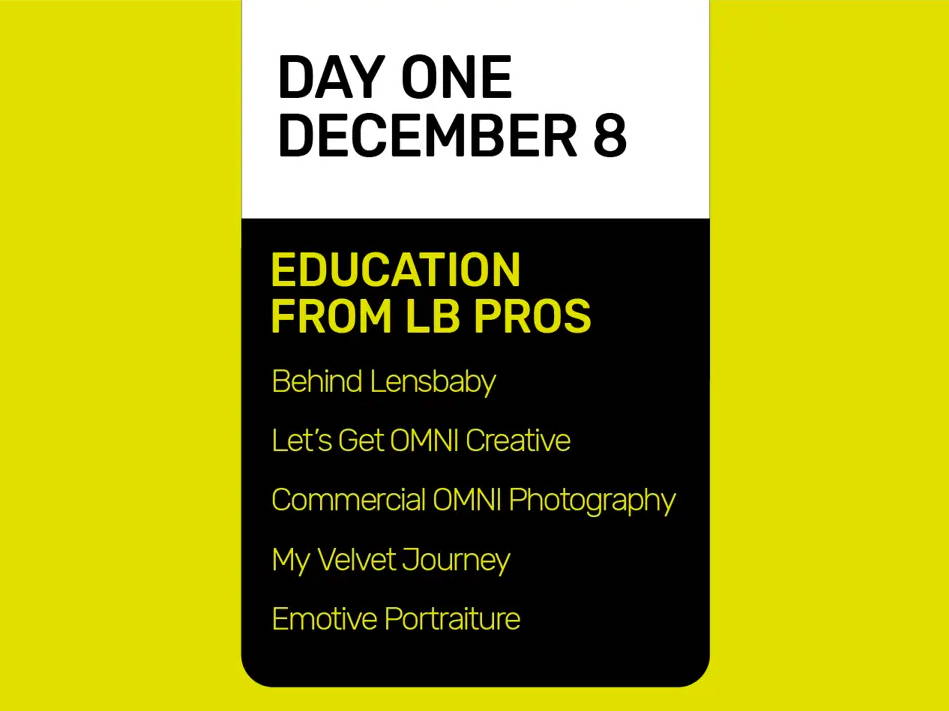 As a wedding and portrait photographer, I'm always looking for the next creative tools. For me, the OMNI set is a tool in my camera bag to help bring my photography imagination to life. Join me as I talk about the OMNI and how I use this small kit of magical effects at weddings and ill be showcasing the OMNI I in the studio, creating some live portraits with different creativity.

Robert Pugh is an award-winning international wedding and portrait photographer. Located in Reading Berkshire but covering weddings from the UK to the golden sands of the Caribean. With over ten years of experience being a full-time photographer running a successful business and covering over 480 weddings to date.

The Magic of Toy Photography

Toys can be so much more than a child’s diversion. They are multi faceted muses; they're a link to our childhood, an opportunity to recreate a favorite movie and they can star in stories or our own making. Put a toy in front of a Lensbaby lens and it can transport you to a magical world of your own creation. 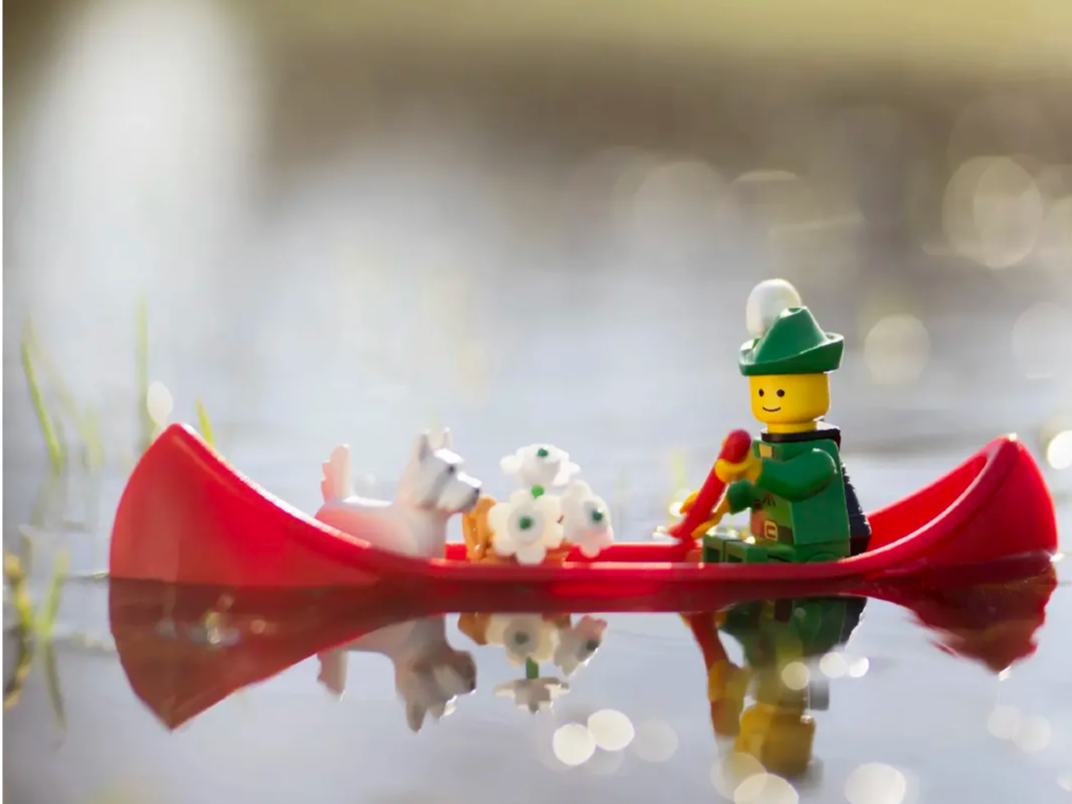 Shelly is a 30+ year working artist, photographer and creativity evangelist. Shelly has shown work in galleries, coffee shops, community centers and outdoor arts and craft festivals. Shelly is currently a LensBaby Ambassador and a LEGO Ambassador for four years. I also write about creativity and share her creative journey on a volunteer run blog she founded: Toy Photographers.

Join Jyo as she teaches you how to make beauty happen in the most ordinary spaces using simple observational techniques and how to photograph your subjects creatively. Join her as she takes you behind the scenes to show you how she photographs her authentic self-portraits as well as how she makes magic in different types of light photographing portraits that evoke an emotion. 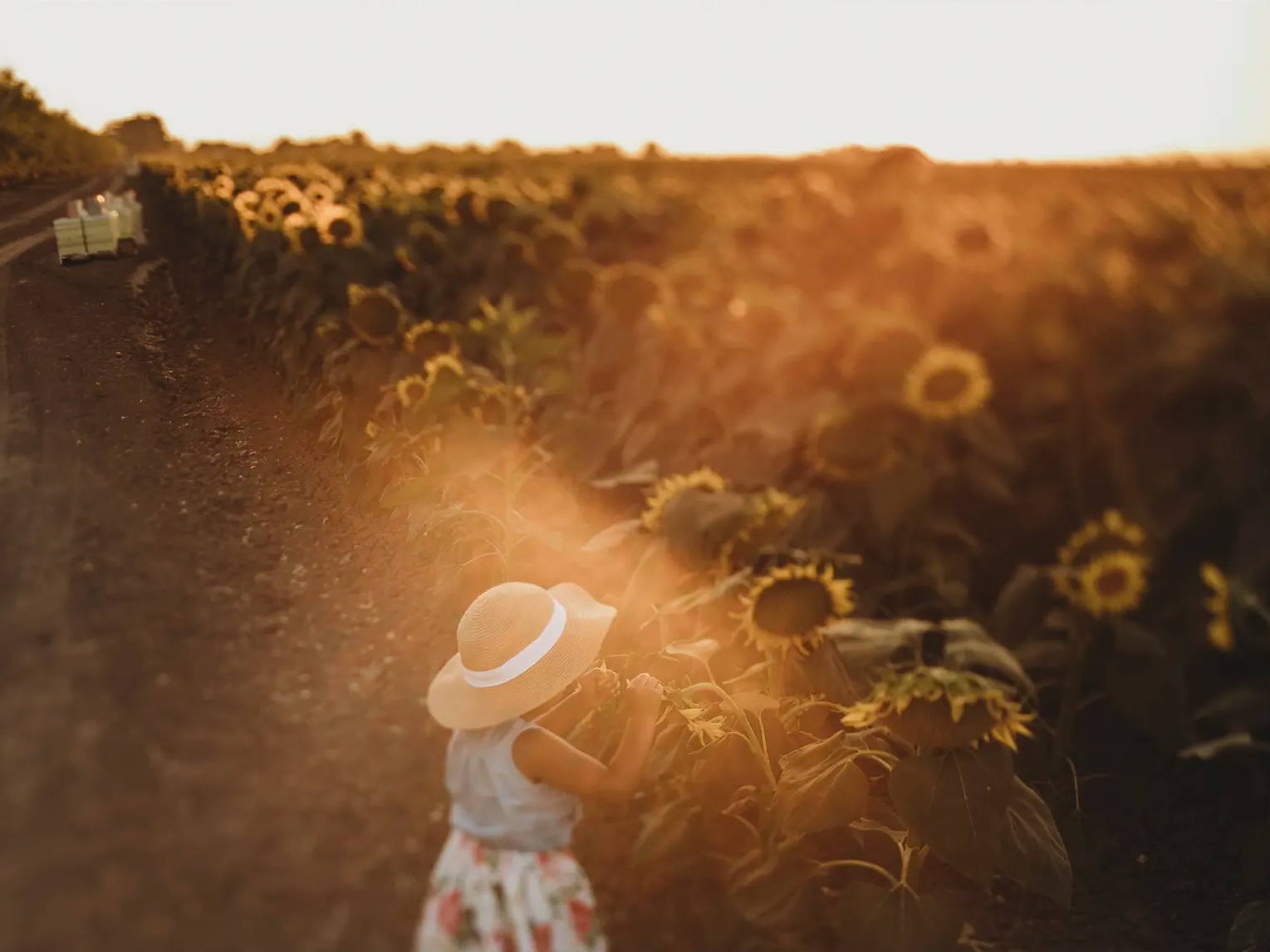 Jyotsna Bhamidipati (Jyo) is an electrical engineer as well as an award-winning published fineart lifestyle photographer plus a mentor/educator based in Sacramento, California. She is a loverof light and shadows and seeks to capture the every day perfectly imperfect beauty around her.She strives to be experimental in her vision and constantly works on pushing the boundaries inher photography. Jyo has taught at numerous conferences and has been featured in numerous magazines including Click magazine (various issues, 2017, 18, 19, and 2020)

Join Jackie as she brings out the character in floral subjects by layering images made with various Lensbaby optics. She will be showing how she shoots her subjects, as well as textures, using the Sweet 50, the Twist 60, and the Sol 45. Follow along in post-processing to make them shine by editing and combining them as layers in Adobe Lightroom and Photoshop. 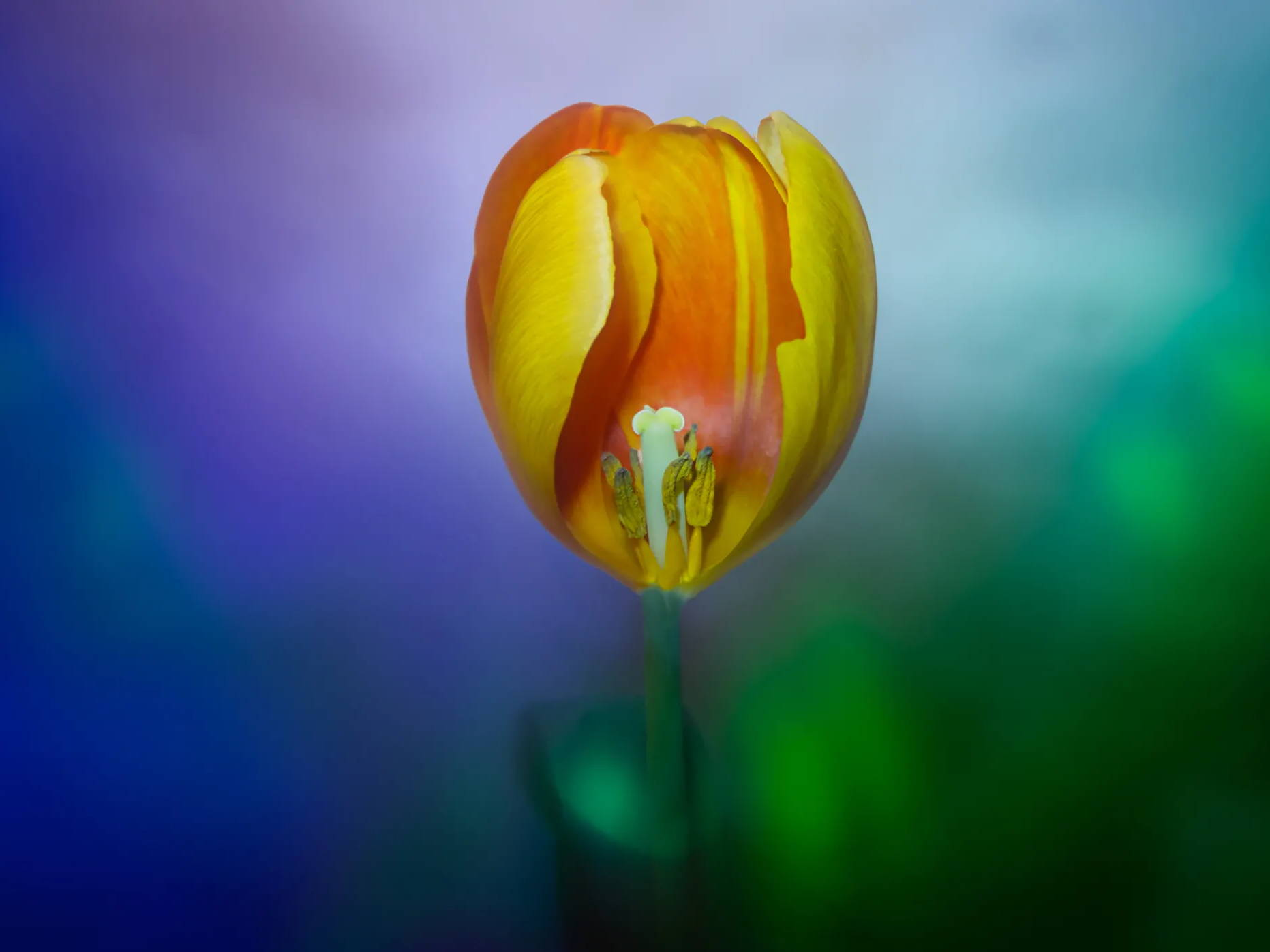 Jackie has been photographing the natural world, with an emphasis on flowers since high school. Jackie is a Lensbaby Ambassador and KelbyOne instructor who has received international acclaim for her images, quite a few of which were made with Lensbaby. Her work has been published in magazines, such as Photoshop User, Portfolio, LensWork, The Photographer Magazine, and on the cover of NANPA Expressions 2019.

Join Anne Belmont as she shares her passion for using Lensbaby lenses. She will share with you her journey in photography to create images that speak to the heart. As an art therapist, Anne believes in the healing power of both art and nature and she will share how her photography and daily walks in nature have helped her stay centered and joyful even in the most adverse of times. 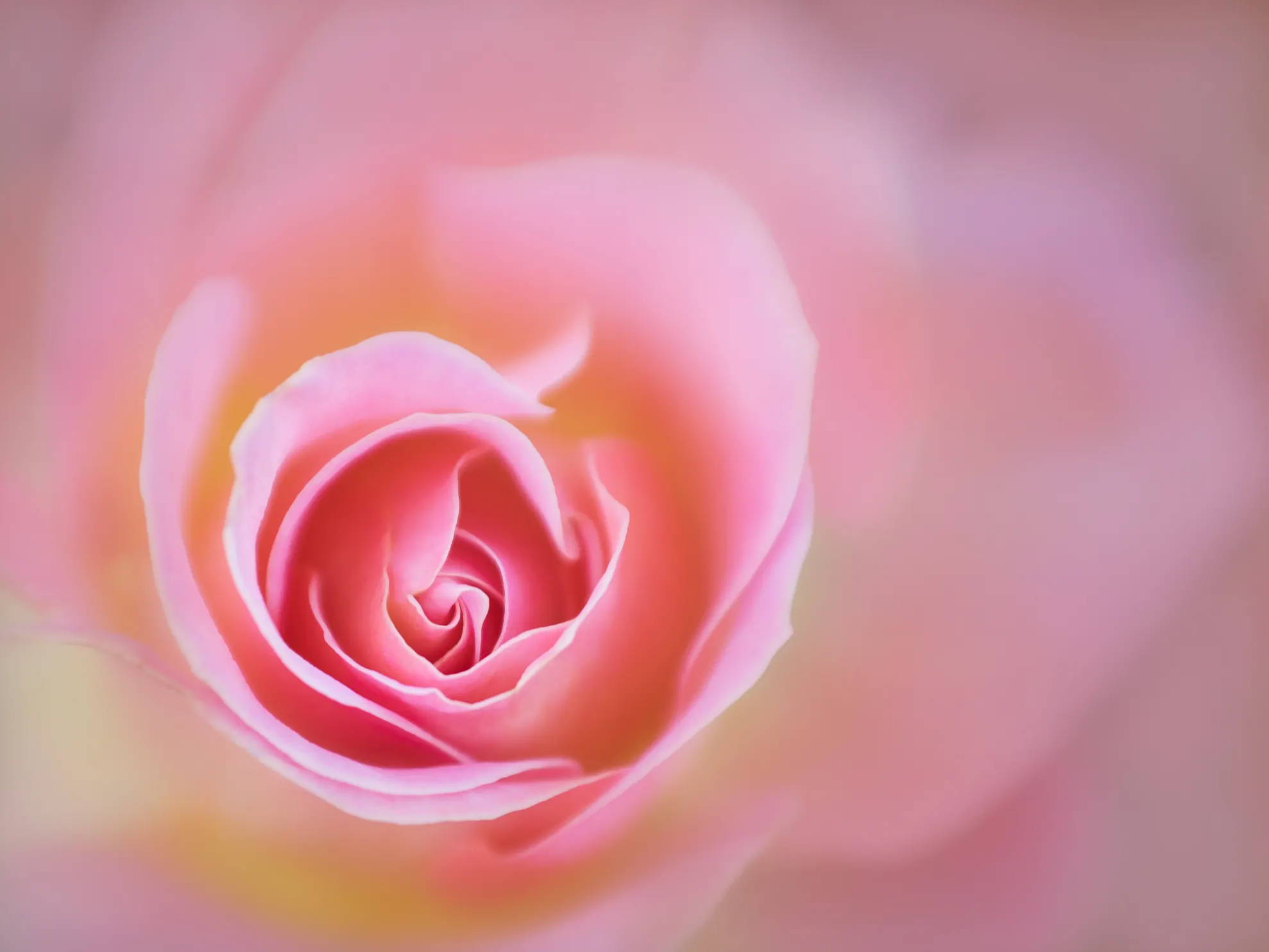 Anne Belmont is a nature photographer specializing in flower photography. Anne’s passion lies in capturing the beauty of flowers and other botanical subjects up-close. A life-long involvement in the arts and a career as an art therapist have shaped the way that she views art and the creative process, and have reinforced her belief in the healing power of both art and nature in our lives.

Step into a new understanding of the power of photography. 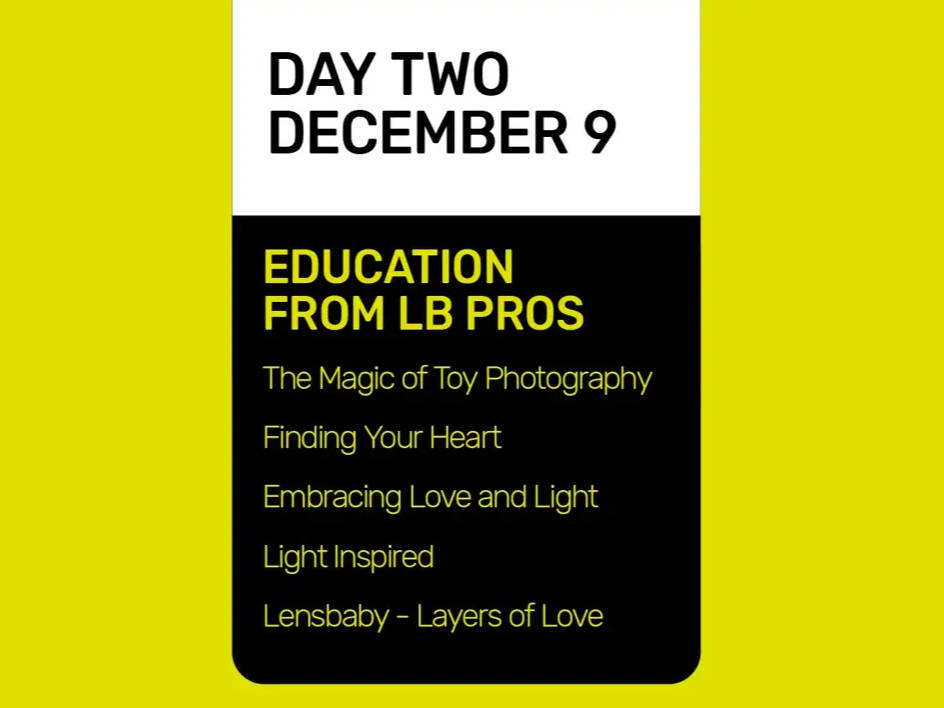 Light Inspired - A Deep Dive Into My Creative Process

Ute Reckhorn gives us insight on how light determines the quality of your photos and how to best take advantage of it by walking us through her own creative process. Find the answer on how to make your photos successful and unique in this inspiring seminar! 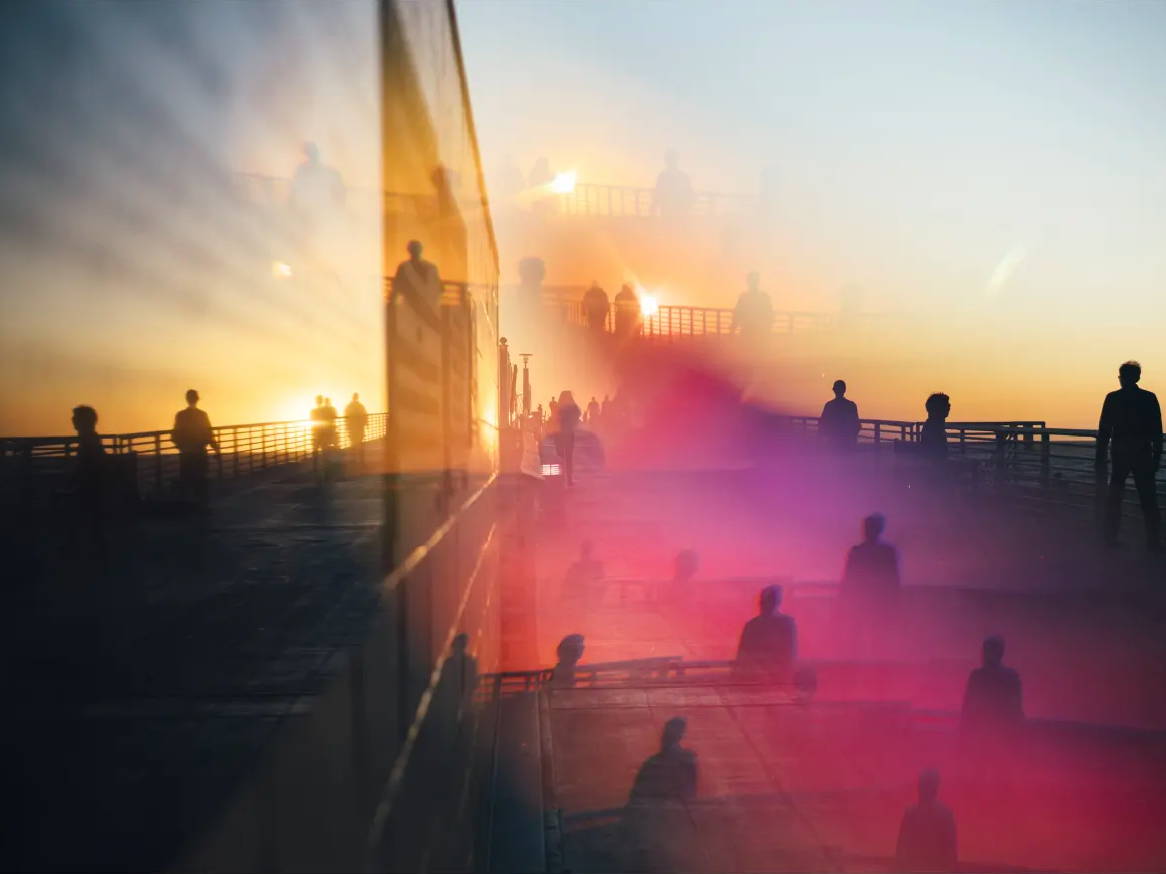 Ute Reckhorn, a Los Angeles based photographer, started her photography journey in 2012. After picking up her first Lensbaby lens in 2015, she immediately fell in love with its playfulness and the the ever-growing community of Lensbaby artists.

Originally documenting her own family of five, Ute blended her photographic skills with inspiration that comes from 20 years of moving around the globe. With roots all around the world and a deep love for the Californian lifestyle as her inspiration, she creates portraits and landscapes that evoke emotion and a sense of movement.

Register for the conference to get access to our photo critique submission guidelines!

Learn how to improve your photography from Lensbaby educators!

Have a question for our educators? Register to submit your question!

Ask us anything! Do you have questions about gear, business, marketing, blogging, editing, or general how-to?